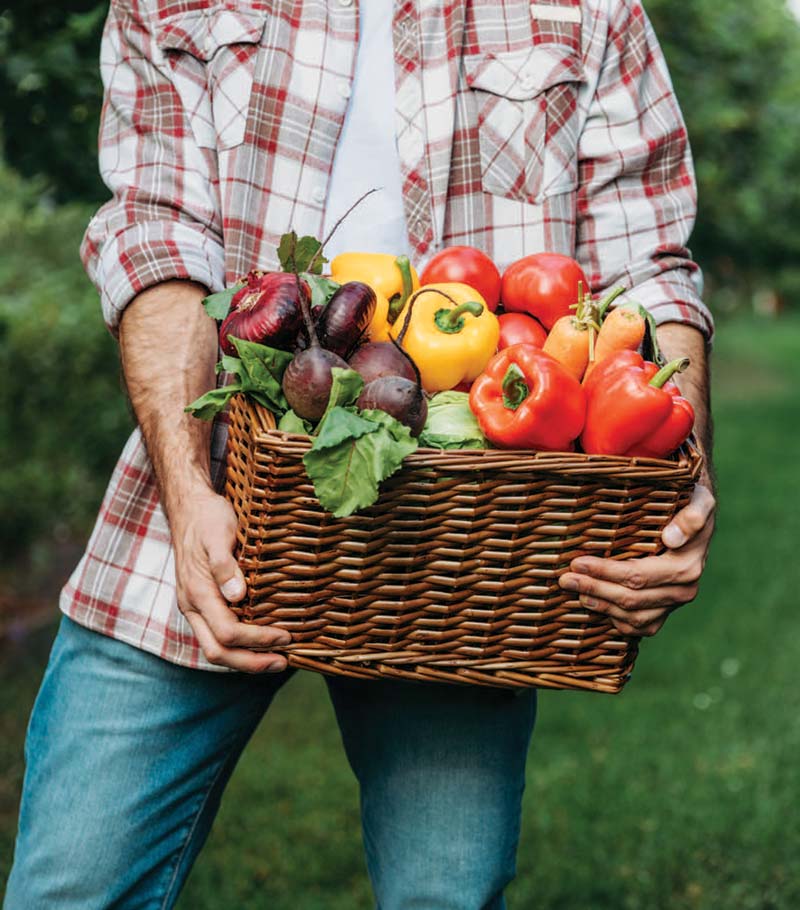 A successful garden will yield tasty results that are also nutritious. 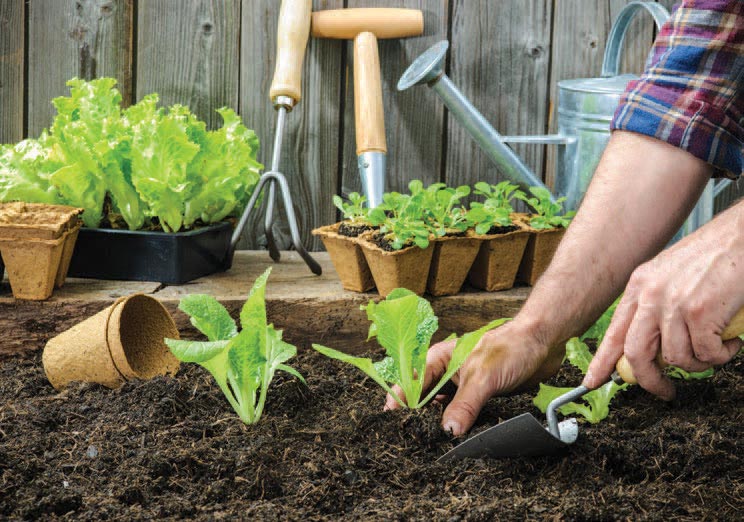 Ensuring your soil has the right nutrients and consistency is important for a successful vegetable garden. 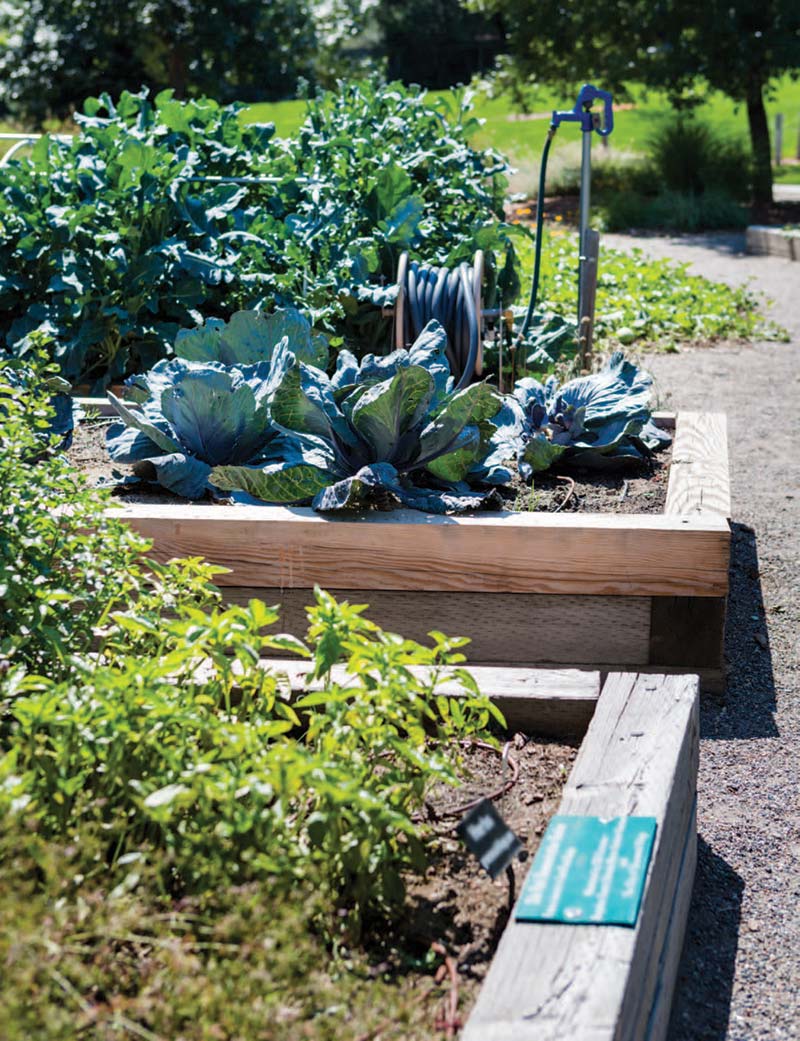 Ensuring your soil has the right nutrients and consistency is important for a successful vegetable garden.

soil preparation is key to a vegetable garden’s success

The quest to grow a thriving vegetable garden begins well before the first seed is put in the ground.

Gardening experts agree that soil preparation is not only the first step; it’s the most important step to a green garden. Daniel Schwery, plant pharmacist at Osuna Nursery, says one of the biggest mistakes gardeners make, especially beginners, is not prepping their soil. He says no matter where one lives in the Albuquerque area, the soil lacks the proper nutrients for a garden. Schwery says adding nutrients to the soil and letting it sit for a while makes for better growing conditions. “The soil here really lacks the organic material needed for growing almost anything,” he says.

Jericho Nursery owner Rick Hobson says the soil consistency varies in the Albuquerque area, but none are ideal for gardening. The Valley has clay, and residents near the Sandias deal with granite. Hobson now lives in the North Valley, but lived for many years in Rio Rancho, where most of the soil is sand, which does not retain water.

“I would water, and it was like I never put any water,” he says. “I would say, ‘Where is it? Was it abducted by aliens?’”

Amending his soil, Hobson says, allowed him to grow vegetables. He adds that the book Down to Earth: A Gardener’s Guide by Albuquerque Area Master Gardeners is an invaluable tool that covers several topics, including soil composition in the Albuquerque area. It can be found in local nurseries and bookstores.

Schwery says potting soil, peat moss or any composted manures will add the needed elements to the soil. He recommends adding 50 to 100 pounds of soil for every 100 square feet of garden. It should be tilled about six to eight inches deep. If you will be growing root crops such as carrots, potatoes and radishes, the garden will need a foot.

“You are getting a personal education: problem solving, spending time with your family and connecting with nature.”—Dane Elia

In addition, Dane Elias, horticulturist for Plant World, says growers should not be afraid to do periodic liquid feedings throughout the growing season, adding that water-soluble fertilizers work well.

Another option is placing vegetables in raised beds or planters. Elias says they can be made of various materials, including stone or wood, if they have adequate drainage. Planters should be at least 18 inches deep.

“In these conditions, you are able to improve the soil to a high-performance level,” Elias says. “They are also easier to harvest because they are elevated, and they can be an architectural statement in your yard.”

The downside to raised beds, Hobson says, can be cost. Raised beds can be expensive, but those who are handy might be able to build their own at an affordable price.

How to plant vegetables is important, but when to plant them is also crucial, Hobson says. He says there are two vegetable seasons — cold and warm. Cool season vegetables, such as lettuce, spinach and broccoli, should be planted in early spring. Other vegetables should be planted about mid- April to early May, after the nights will no longer reach freezing temperatures.

“April 17 is the average last frost date in Albuquerque,” he says. “May 10 is the last recorded frost date.”

Hobson says almost any vegetable can be grown in New Mexico under the right conditions. Popular choices include tomatoes, peppers, squash, cucumbers, carrots, radishes and broccoli.

At the end of the day, planting a vegetable garden offers many advantages. “You are getting a personal education: problem solving, spending time with your family and connecting with nature,” Elias says. “You are getting high-quality food, and expanding your culinary skills. You start looking for ways to cook all these vegetables you are growing.”

What can you do to keep the pests away?
One of the best ways you can help your garden protect itself is to stop using insecticides. When you use a chemical pesticide, you are killing everything in your yard. But there are insects out there that eat insects that we don’t want. Two that we do want are ladybugs and green lacewings. The ladybugs primarily focus on aphids. A single ladybug eats 50 aphids a day. Green lacewings are a much more voracious eater than ladybugs. They will eat spider mites, scale and will also eat aphids. They can eat over 100 aphids a day. Sap-sucking insects, like aphids, can destroy your plants. But they also usually carry diseases they can pass on to your plants.

With that being said, there is a time and a place to use a chemical control. When there is an outbreak so bad, that is where chemicals come into play. Sometimes there are not a lot of natural predators you can buy and place in your yard to kill unwanted pests.

When and where is the best time to plant?
The best time for planting is fall and spring. You can plant during summer, but it’s extremely stressful for the plants because of the heat. You might not have as much success. Where you plant in your yard is important. I suggest sticking them in a place where they can get shade for part of the day. Most plants will have a tag indicating whether they can take full sun. If they say they can get full sun, they will probably be fine, but keep them watered.

What are the best vegetables for this area?
Beans and tomatoes do excellent. Chiles do very, very well, but most people don’t realize they require a little bit of shade. However, because of New Mexico’s long grow season, you’re not really limited on what you can grow here. Most leafy vegetables are cool season plants, and should be done in the spring or fall for the most part. Anything that’s tropical will have a hard time growing here. Citrus just won’t take our winters. We’ve tried to bring in seeds that will do well in this environment, that will do well in our climate.