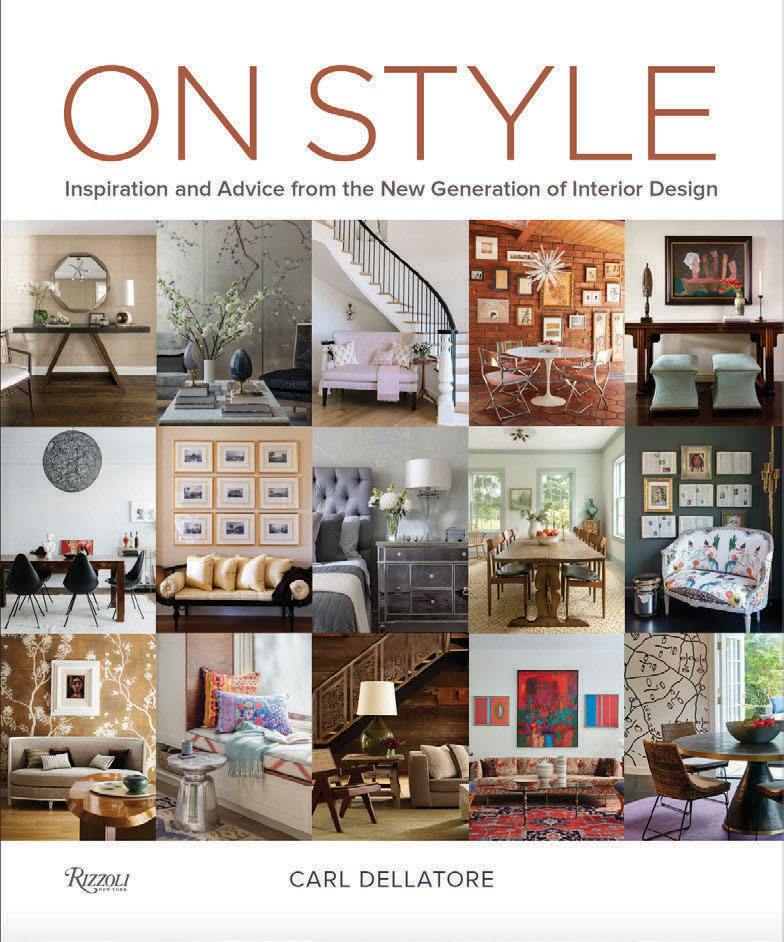 On Style: Inspiration and Advice from the New Generation of Interior Design, by Carl Dellatore, Rizzoli New York, hardcover, $45 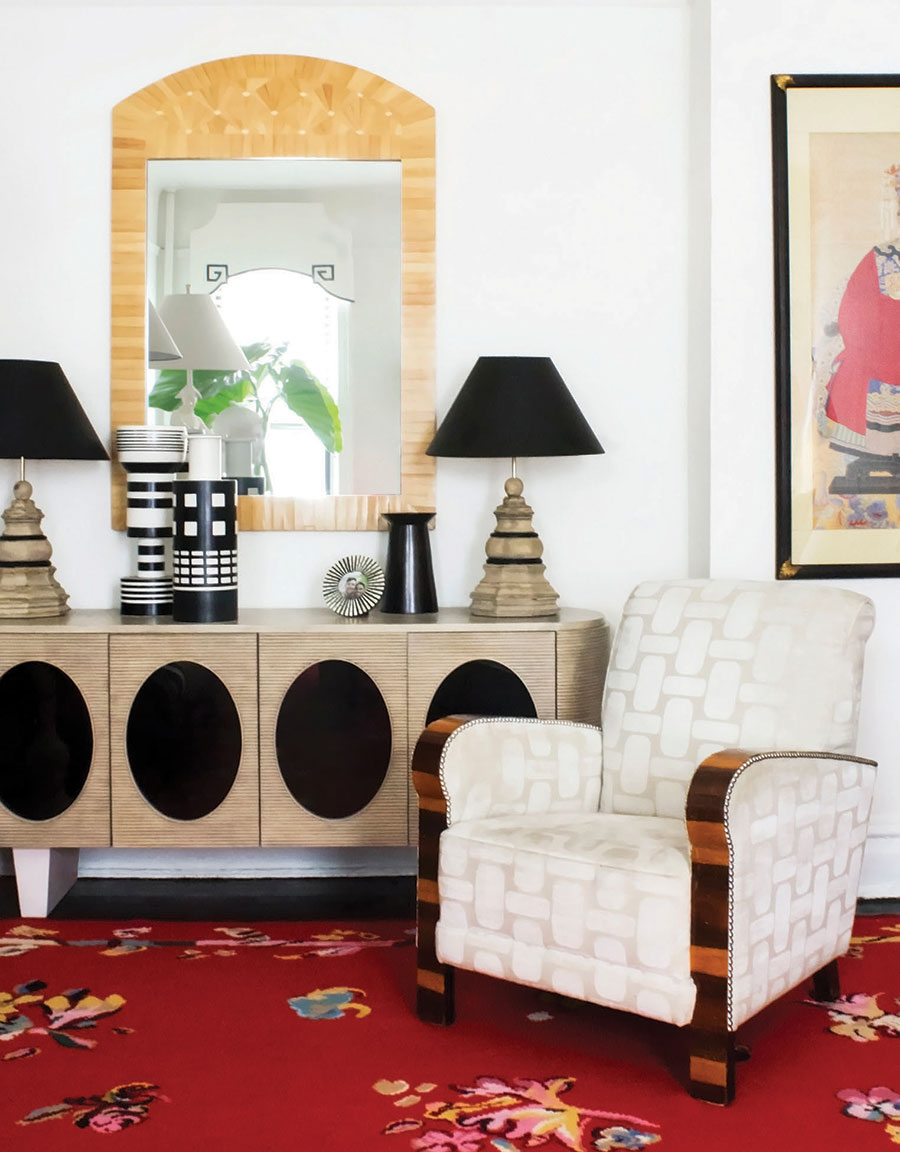 Designer Erick Espinoza designed this room around the red rug, finishing it with neutral-toned furnishings. 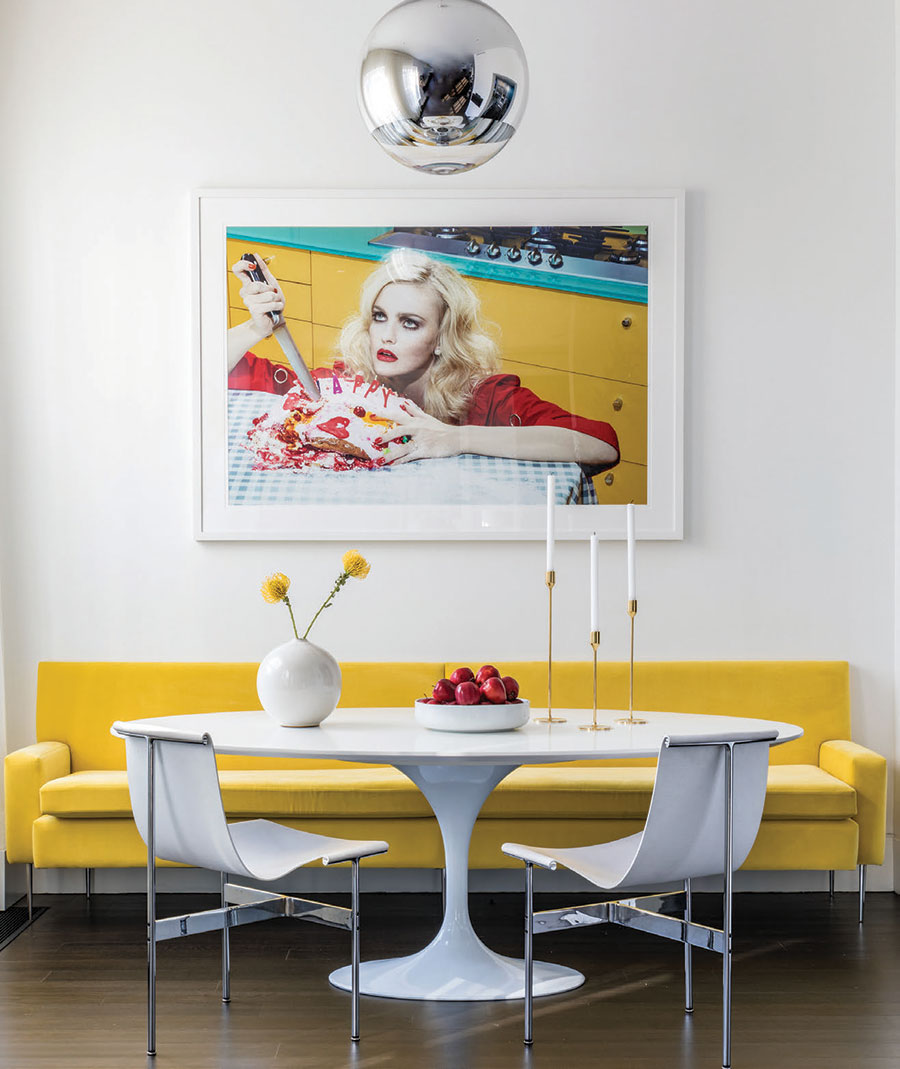 A bright yellow banquette stands out in an all-white dining room, accented by a colorful Miles Aldridge photo that mirrors the bright hue.

there’s a style for everyone in this fast-changing world

Interior design has always been a reflection of its time, so in a fast-changing moment like ours, how do interior designers keep up? By focusing on the basics. Throughout On Style: Inspiration and Advice from the New Generation of Interior Design, a new book from Carl Dellatore, the designers chosen carefully by the author talk about the importance of creating spaces that balance elegance with ease, comfort with grace, and classiness with gutsiness. Perhaps this reflects currentday society, in which professionals in casual wear lead boardrooms, millennials and boomers share more in common than either would like to admit, and collectors spend thousands of dollars on street art. These juxtapositions may be the defining arcs of our time. So, where then, will design be heading? “As I sifted through the finalists, I found that there was no one style of design that captured today’s moment,” says Dellatore of his process to identify designers whose work is the definitive style of the 2010s. “Instead, in what feels like a natural progression from eclecticism, there is a proliferation of aesthetic diversity. Words like contemporary or classic feel too limiting. We need a broader vocabulary to describe design today.”

“Words like contemporary or classic feel too limiting. We need a broader vocabulary to describe design today.” – Carl Dellatore

On Style features some of the field’s most promising young designers, from those with modern takes on their clients’ homes to those with traditional styles, and even futurists with a twist. “For all the current focus on technology, I think the next phase of luxury is disconnection,” says designer Emilie Munroe. “Perhaps that means a room or even a wing of the house where mobile devices and computers don’t work, or vacation homes that are 100 percent off the grid.” The book doesn’t follow a traditional format, but you’ll get plenty of gorgeous examples of each designer’s work, as well as commentary from the designer on what influenced each space. You’re getting a walkthrough, of sorts, of how to emulate their style in your own home. At the heart of this book are the many different perspectives espoused by the designers, from Michelle R. Smith — who reminds readers that you can build a room around just one piece — to Young Huh, a Korean-American designer who grew up in the Midwest and merges global influences in her work. The designers don’t forget where they started, singing the praises of earlier designers and design houses — Sister Parish, David Hicks and Bunny Williams are names you’ll read many times. The design advice offered in the book is priceless, as the different styles are bound to fit readers with tastes just as varied.—
Patricia L. Garcia