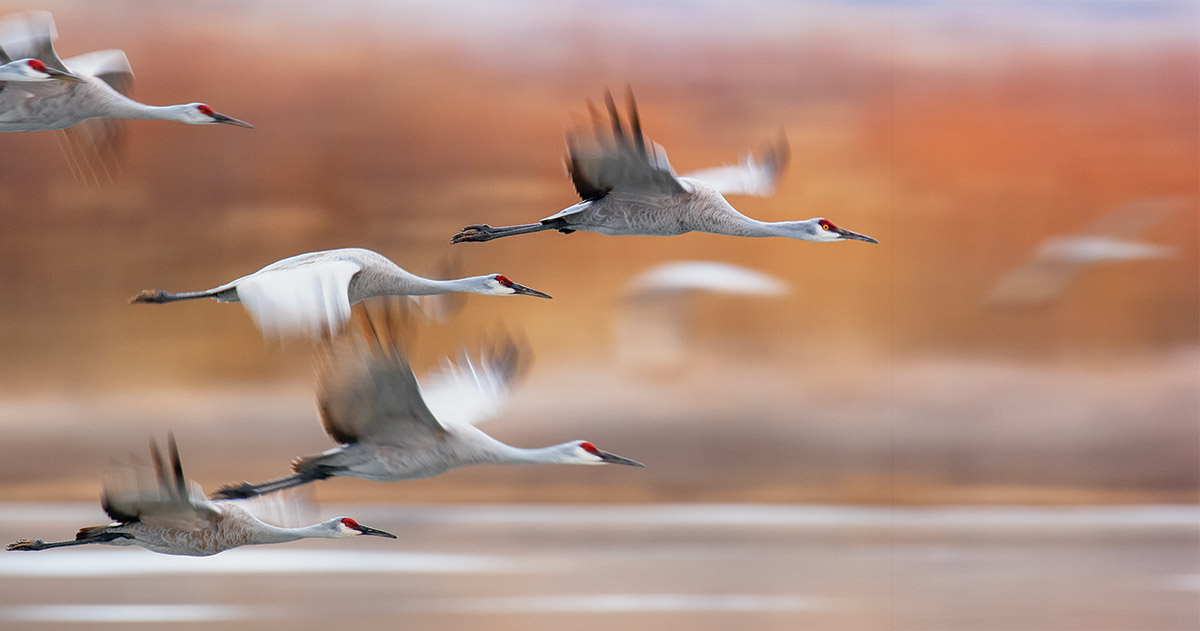 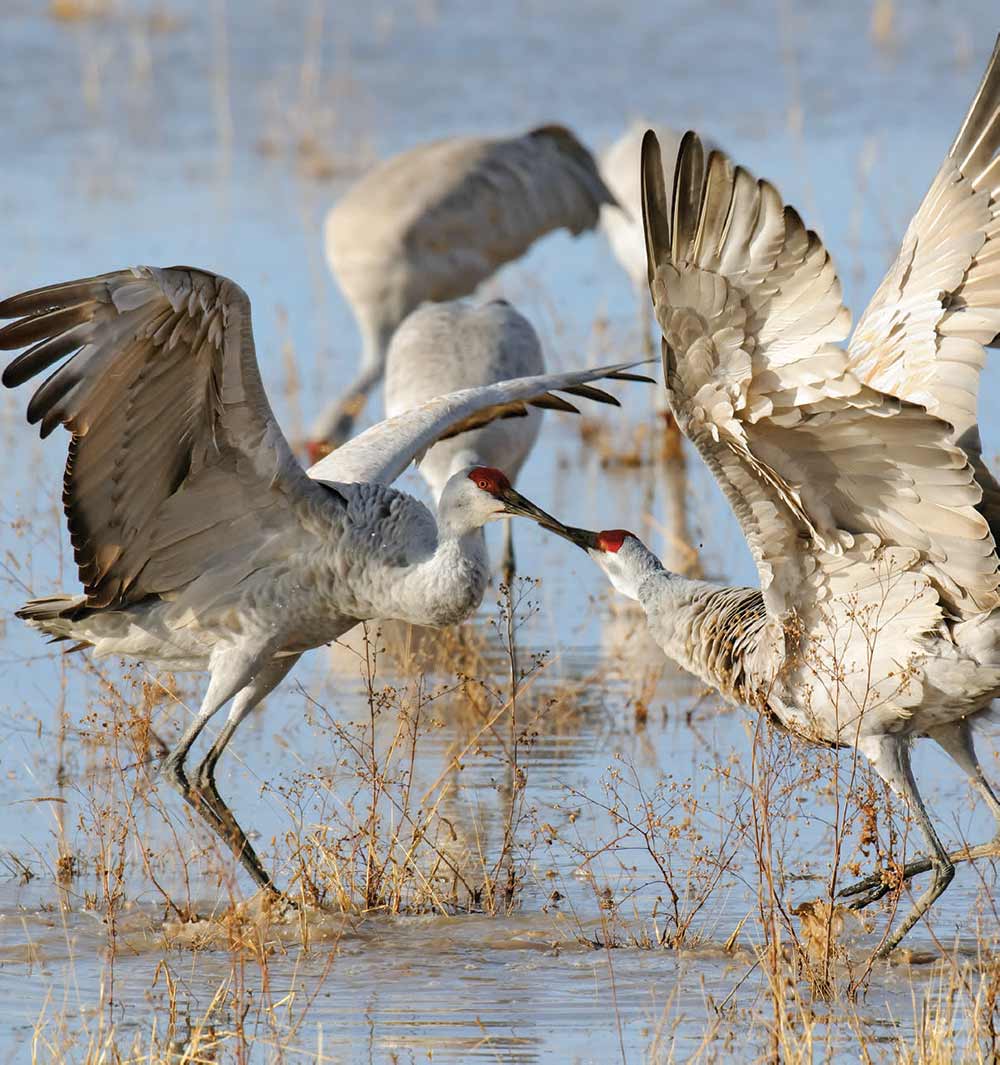 FALL MIGRATION is an exciting time, but just because that last warbler has moved on doesn’t mean you should hang up those binoculars for the season! Late fall and early winter are ideal times for birding, and if you’re up for a couple of road trips, there are two hotspots you should experience firsthand.

I enjoy driving the open roads of the Las Vegas Wildlife Refuge (off Highway 281 in Las Vegas, New Mexico) several times a year but always make a special trip for the Fall Flight Festival, when the refuge opens its back roads on Sunday mornings in November for even more birding (and sometimes, elk-watching!). If raptors are your thing, the refuge has them in spades: hawks (Cooper’s, red-tailed, ferruginous, sharp-shinned, Harris’s), golden and bald eagles, northern harriers and American kestrels. There are many water holes dotting the refuge, where you might spot belted kingfishers, ducks and geese. What’s that honking and purring sound? It’s a flock of huge sandhill cranes coming in for a respite during their southward migration.

And those sandhill cranes? They’re all headed to one place: Bosque del Apache National Wildlife Refuge, in San Antonio, New Mexico. Tens of thousands of sandhill cranes and snow geese spend the winter at the Bosque, and until you’ve actually seen tens of thousands of sandhill cranes and snow geese in one place, it’s impossible to comprehend such a sight. Along with cranes and geese are bald eagles, hawks, blackbirds, a huge variety of wading and dabbling ducks and wild turkeys. Mule deer, coyotes, bobcats and javelina are ever-present. At the Bosque you can enjoy birding while driving, hiking, or just standing around at strategically placed platforms.

Do yourself a favor and plan to spend an entire day at the Bosque to take it all in. Even better, make it an overnight trip (plenty of hotels in Socorro, just 20 minutes north) so you can witness the spectacular fly-in of thousands of snow geese at dusk and the equally breathtaking fly-out in the early morning. Can’t get enough of the sandhill cranes? The Festival of the Cranes, this year December 1–3, is a joyous celebration of that big, beautiful bird, with workshops, photography classes and more.

I highly recommend calling either refuge to ensure their activities are happening, as wildfires and weather can quickly impact events. See you on the trails.

Amy Gross is a birder and the organizer of Santa Fe Birdbrains, a Northern New Mexico–based Meetup group.