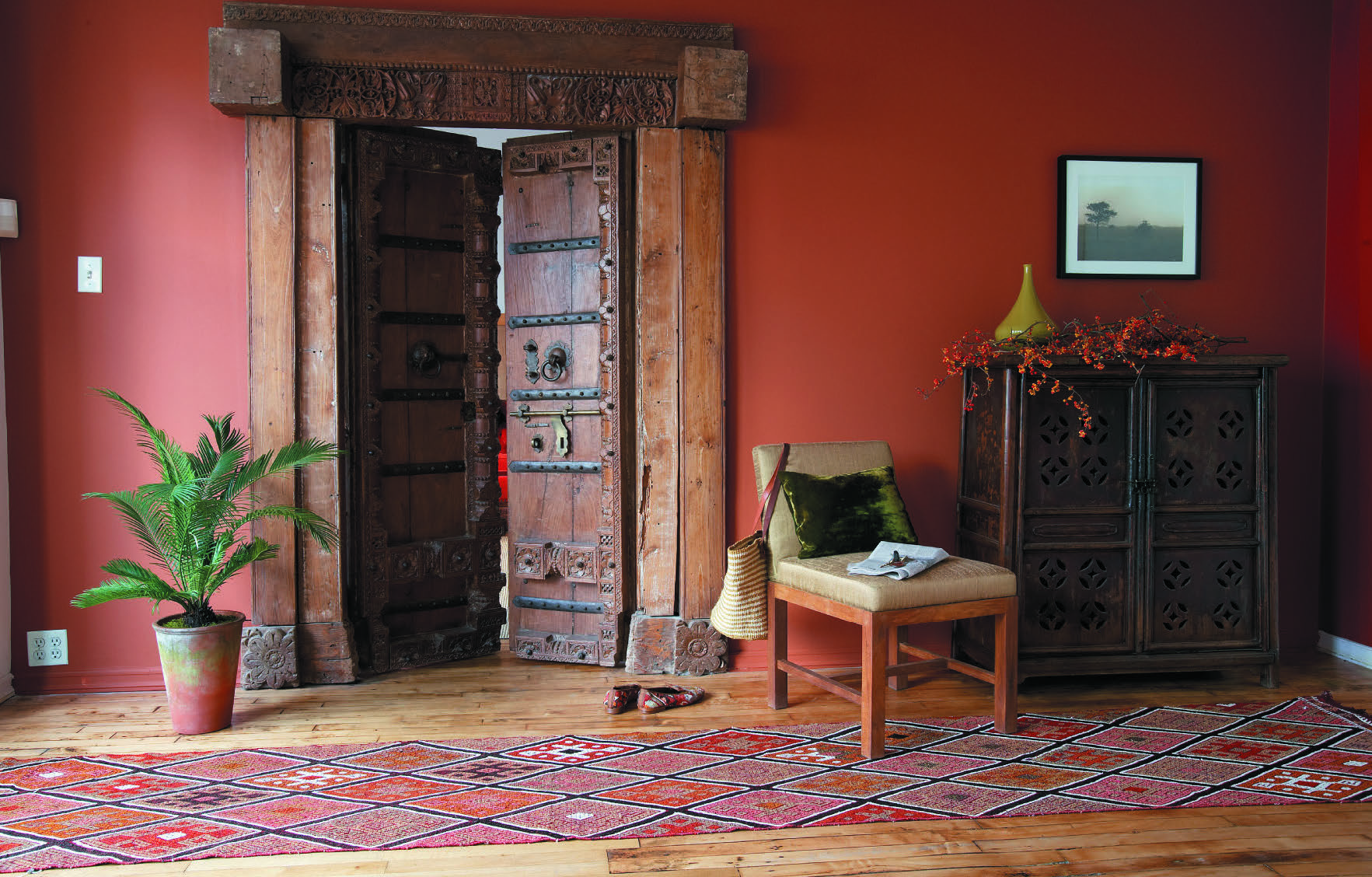 This room is painted in Sherwin-Williams’ 2019 Color of the Year, Cavern Clay, which was inspired by the Southwest. 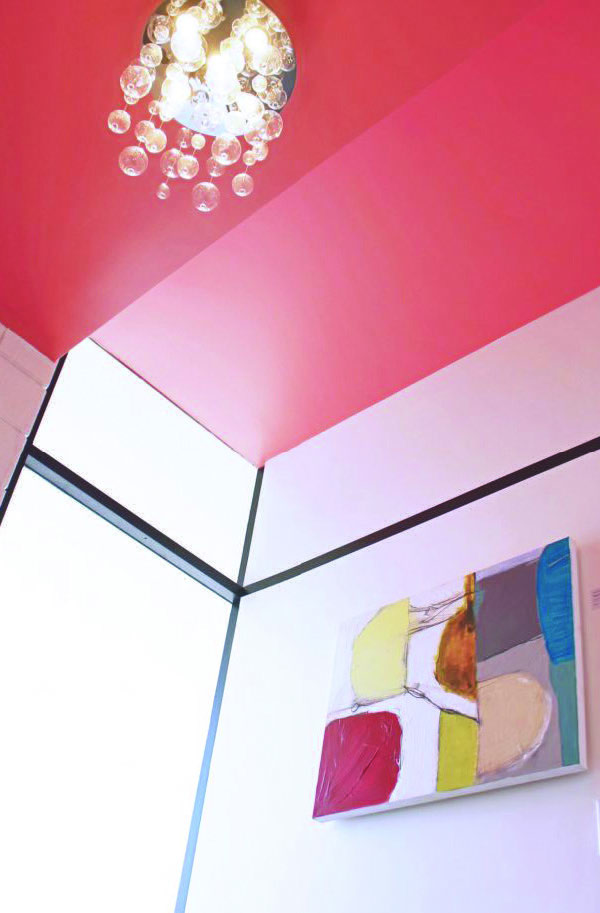 Blue Eye Interiors painted this bathroom ceiling and wall in salmon, along with a simple black stripe around the room. 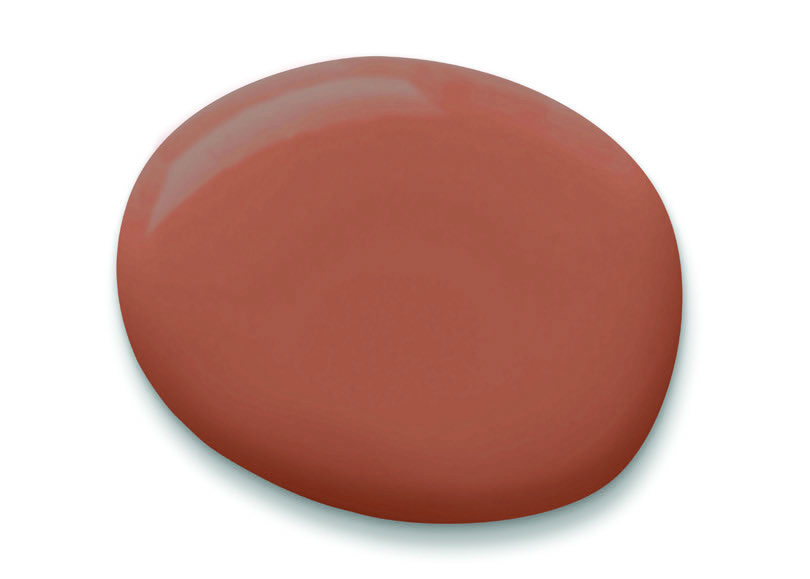 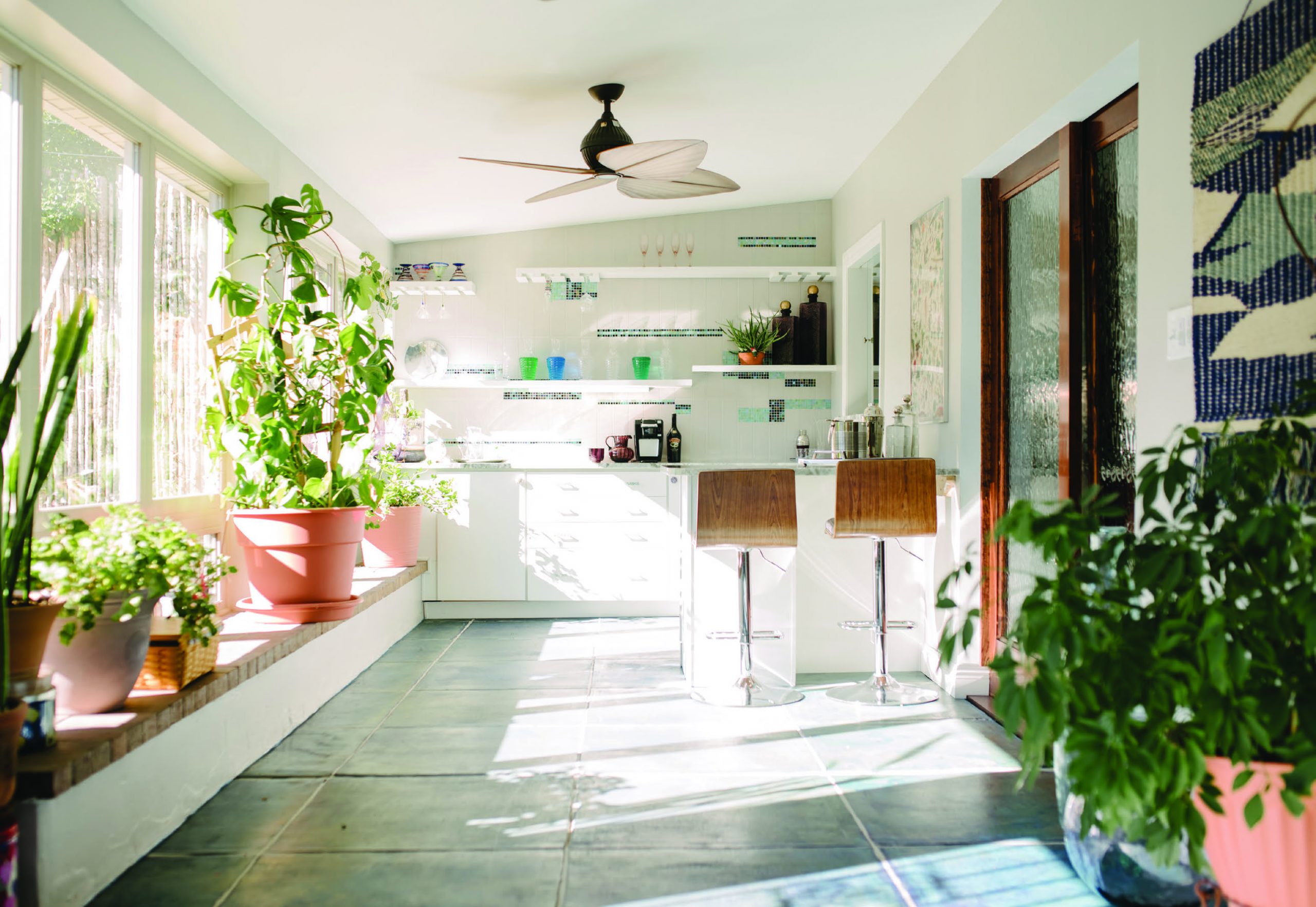 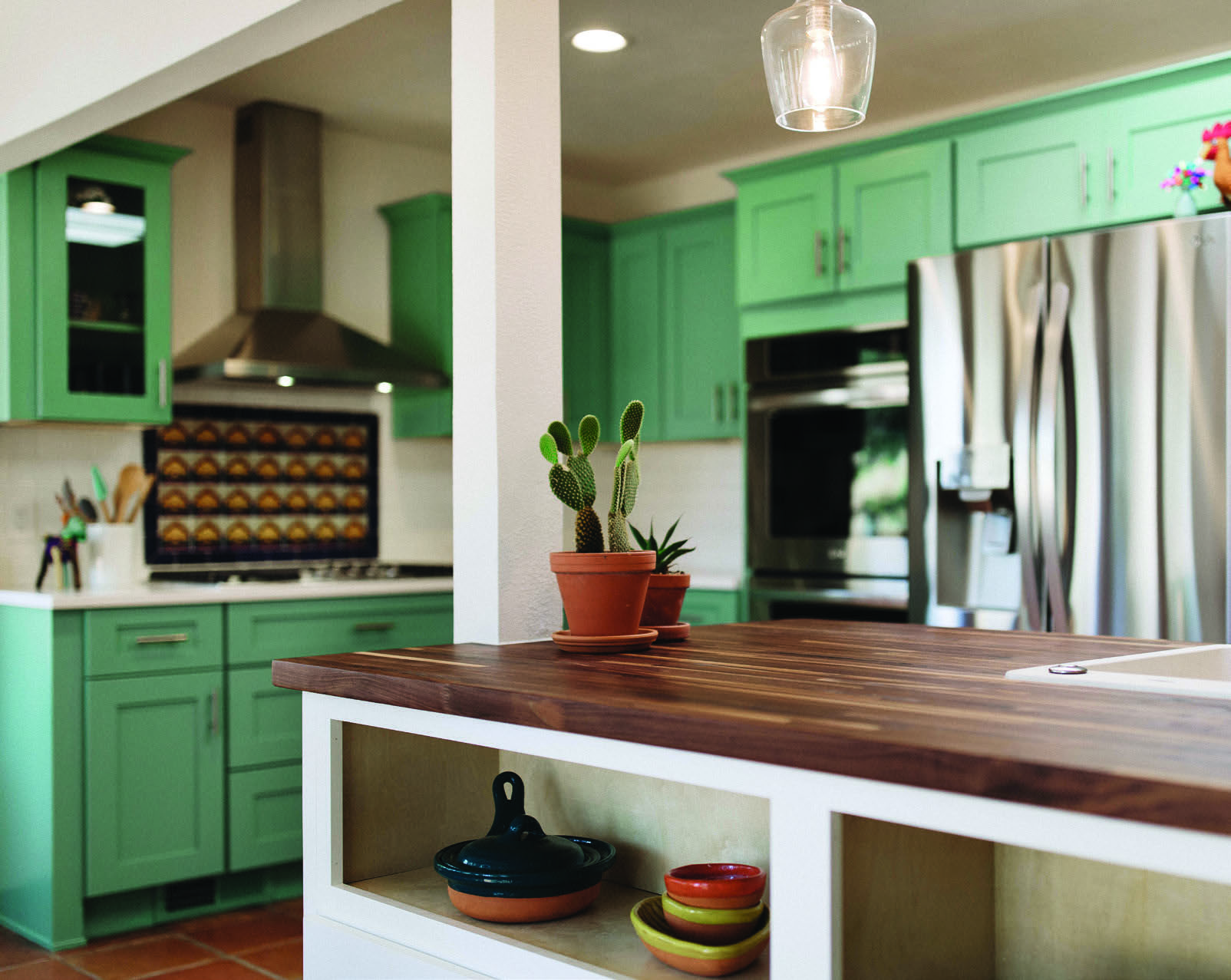 Using sage on the cabinetry adds a pop of color to an otherwise white kitchen. 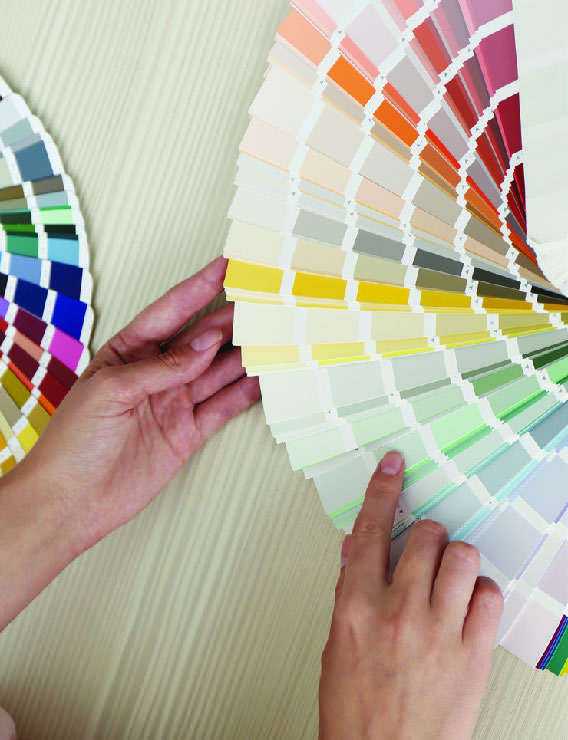 A quick look at a color wheel shows the endless possibilities one has to add color to any space in the home.

the latest in the world of paint

Painting your home may seem like a big commitment, but it is one of the easiest, and cheapest, ways to change or influence your surroundings. With paint you can update a room in a weekend, even explore new territory outside the lines of convention.

“These days a lot of designers are viewing paint as another design element,” says Letisha Perry, owner and head designer at Blue Eye Interiors in Albuquerque. “Paint is being used in unorthodox ways, exploring movement through things like color blocks. You may see a fun color block that starts around a master bed and moves up over the ceiling.

Maybe your headboard is just paint. Maybe your entry mirror is small, so you paint a frame around it.” Maybe the venerated accent wall isn’t the emphasis at all — maybe it’s the floor, the ceiling. “It used to be walls told us where we painted,” Perry says. Not anymore. “Sometimes I think we should be a little more daring with paint, try some things. It’s a fun way to show your personality.”

After all, our homes say a lot about who we are. Why not say it? Plus, if you don’t like what it says, paint is easy enough to change. “You don’t have to spend a fortune,” Perry says. “You don’t have to feel like you have to go to designer paints to get a good result.”

With paint you can update a room in a weekend, even explore new territory outside the lines of convention.

regional influences
Beyond the home, paint can reflect the aesthetic of a place as distinctive as New Mexico. The colors of this region, as reflected in nature, are catching on around the world, says Sue Wadden, director of Color Marketing for Sherwin-Williams. She expects warm desert tones, such as terracotta and khaki, to globally transcend the icy grays and whites common to longstanding Scandinavian influences.

“The American Southwest is becoming an epic inspiration source for designers worldwide,” Wadden says. “Across the globe the world is being influenced by the natural aesthetic of desert hues. They’ll be a big part of the conversation in 2021, and should be for a while.”

Sheens and finishes are also beginning to reflect the American Southwest aesthetic — the sands and stones, the muted and matte.

“People are moving toward smooth textures and low-luster finishes,” says Kael Chambers, project manager at Bob’s Painting in Albuquerque. “New products on the market make matte finishes a lot easier to clean and maintain. Paint companies like Sherwin-Williams and Benjamin Moore are developing high-quality paints that don’t cost a fortune.” Paint companies in general are increasingly conscientious of the environment.

When it comes to exterior paint, technological advances are being seen.

technological advances
“Oil-based enamels are being replaced with modified acrylic paints, which have all the hardness and durability of enamels, but (have fewer VOCs),” Chambers adds. Volatile organic compounds (VOCs) are carbon-containing substances in paint that are considered dangerous in excess. While the EPA limits VOC content in interior paint to less than 250 grams per liter (g/l) for flat finishes and 380 g/l for gloss and semi-gloss, many paint manufacturers set more stringent limits, capping VOC at 50 g/l, and even 5 g/l. The key is to ask for low-VOC when buying interior paint.

When it comes to exterior paint, technological advances are also being seen. “There is a lot to talk about when you talk about new technology,” Wadden says. Sherwin-Williams recently introduced a new line of exterior acrylic latex paint called Emerald Rain Refresh, which sheds dirt upon contact with rain or water, saving on maintenance, while reducing blistering and peeling.

“This year we’re also introducing a new product for extreme temperatures,” she says. Called FlexTemp Exterior Latex, it will let people paint outside between temperatures of 35 degrees to 120 degrees — basically year-round in New Mexico — without the flaking,
peeling and weathering previously associated with improper adhesion.