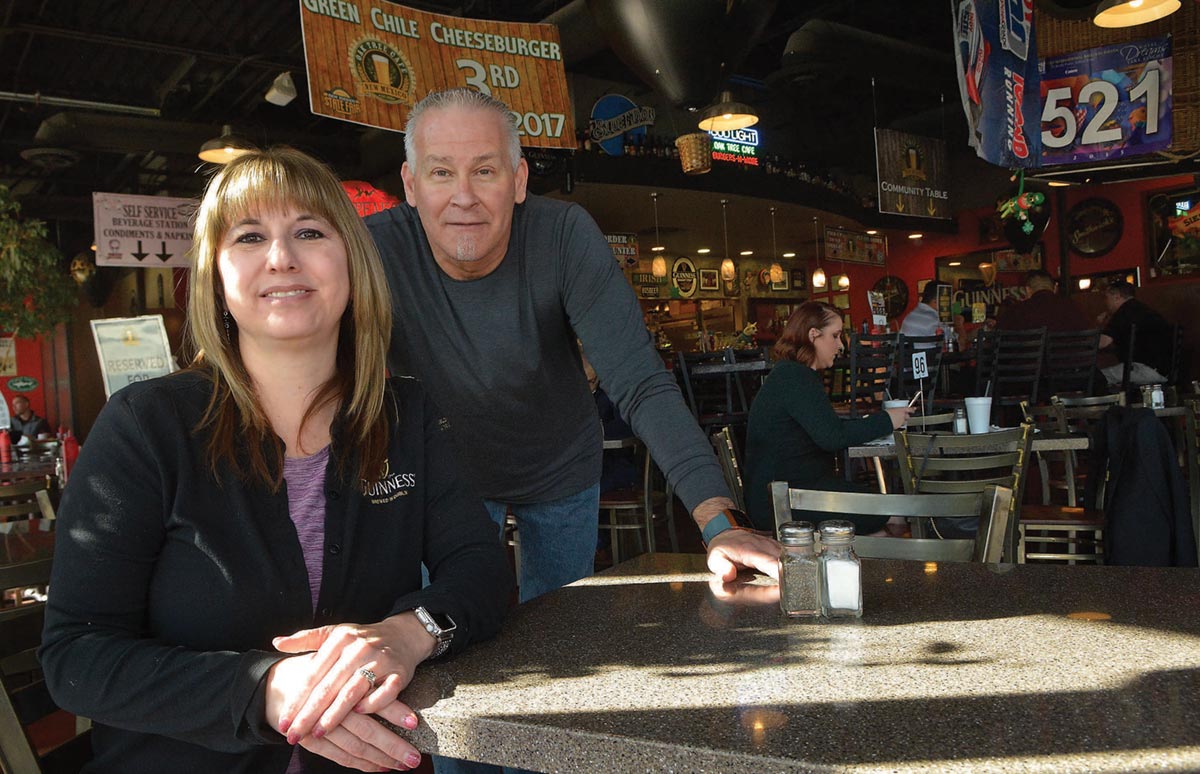 Janet and Robert Carson are owners of the Oak Tree Cafe. He started the original Oak Tree with his parents in 1985. 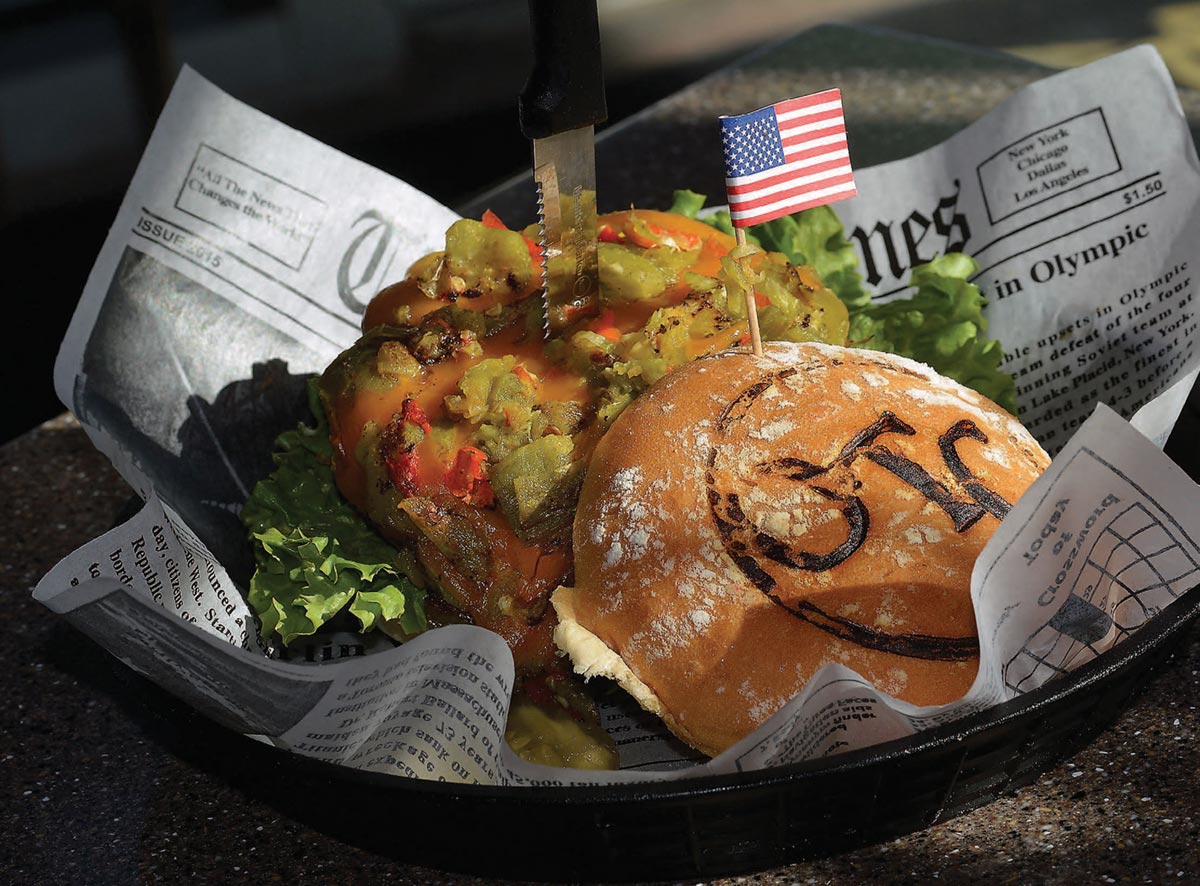 You can’t go wrong with the New Mexico Green Chile Cheeseburger at the Oak Tree Cafe. 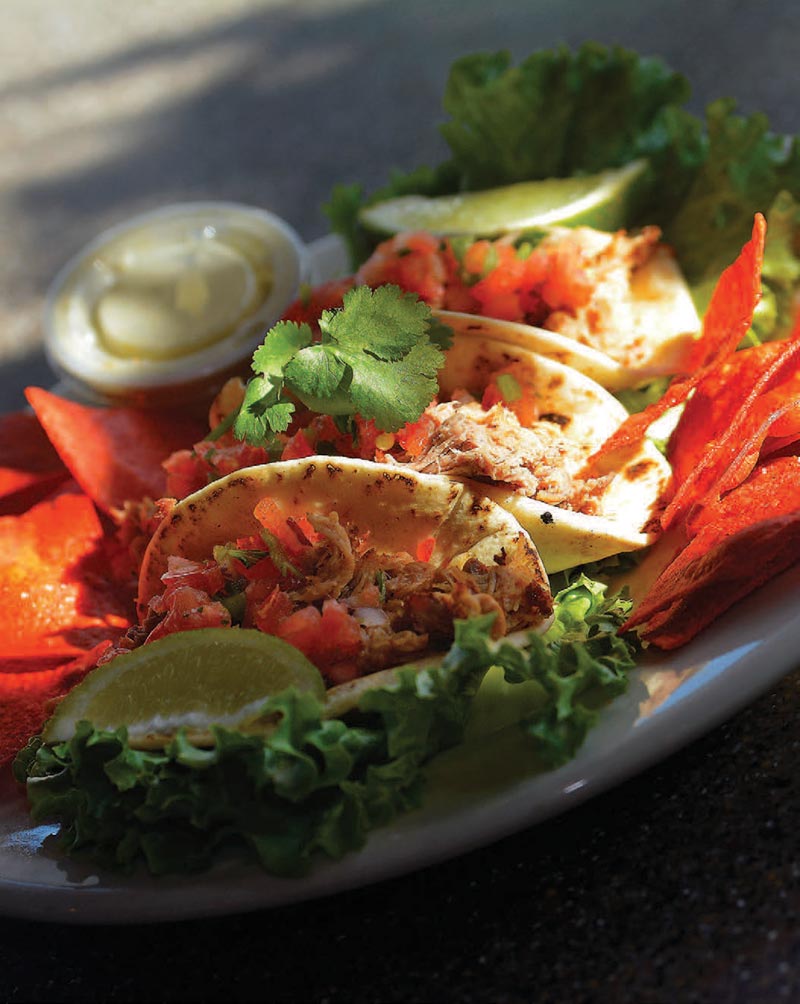 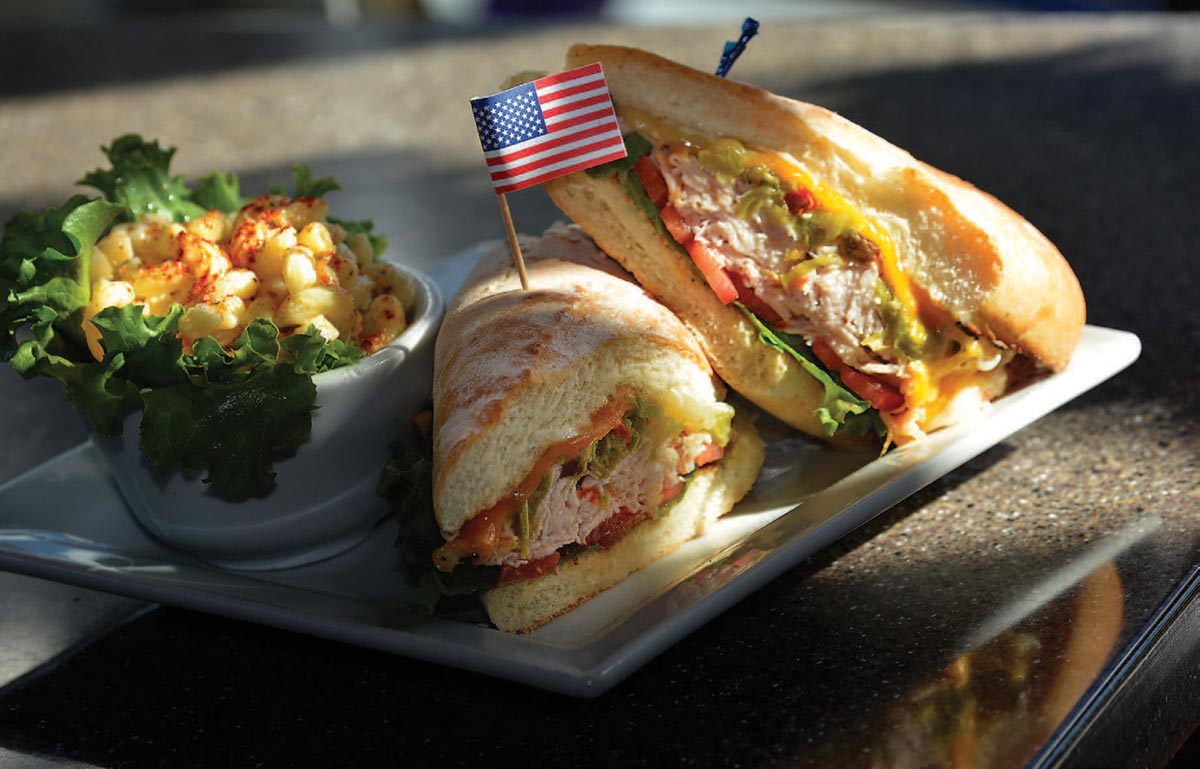 The Monty Hall — turkey breast, New Mexico green chile and melted pepper jack and cheddar on a baguette — is a big seller at the Oak Tree Cafe.

If you have been to Oak Tree Cafe a few times, there is a good chance that owner Robert Carson already knows your order. Taking the time to know each guest has been one of the keys to success for Oak Tree Cafe, which opened in 1985.

“I remember who they are because over here you can’t just take their order, you’ve just got to remember the people that come in,” Carson says. “We’re not a franchise. We’ve got to say hello, thank you, have a great day, what can I do for you. You need to know their names.”

Carson opened the restaurant’s first location on San Mateo with his parents, Michael and Sarah Carson. There have been several moves over the years — from San Mateo to Downtown to Uptown to Menaul, and now to its current location on Alameda, which Robert Carson opened with his wife, Janet. Loyal customers have followed.

“I have had customers that have followed me since the ’80s, and what’s ironic is they were young children at that time and now they’re adults and they’re coming in with their children,” Carson says. “And sometimes I can look out on that floor and see at least 10 to 15 customers a day from the ’80s here. They have followed me from Downtown to here, from Uptown Boulevard over here. (We have a) very loyal following.”

“We’re all about freshness, definitely local. Even today most of the recipes and ingredients are the same that we used in ’85.”—Robert Carson

Oak Tree Cafe did not develop its clientele solely on its customer service. Its fresh and organic food offerings had something to do with it. “We’re all about freshness, definitely local,” Carson explains. “Even today most of the recipes and ingredients are the same that we used in ’85. We still continue to use local chiles, local bakeries, high-end meats, which a majority we cook here in the kitchen. Our roast beefs are cooked here. Our corned beefs are cooked here. … We make our own salad dressings here. Right now we’re at 99.9 percent organic vegetables, lettuce and everything like that.”

Patrons pack the house on Friday nights for the restaurant’s fish and chips. Fresh haddock is beer-battered in house and served with a side of house-made coleslaw and a tartar sauce. Oak Tree Cafe is also popular for its sandwiches, salads and burgers.

“The Monty Hall (sandwich) has always been a big seller,” Carson says. “It’s a turkey breast sandwich with New Mexico green chile, pepper jack cheese, cheddar cheese on a baguette, with lettuce and tomato. That’s always done well for us, and we also have our Extreme, which is our own roast beef that we cook here with the green chile, provolone, on a baguette with au jus.”

When it comes to burgers you cannot go wrong with the New Mexico Green Chile Cheeseburger, another top seller. “We took third in 2017 at the State Fair,” Carson says. “We should have [taken] better than that, but I’ll take third. The crew did a great job. I really put a lot on my staff. They make me look good. The staff makes me look good, and they have the same pride and the same values that I do. … I am very fortunate to have a staff that feels that way.”
Oak Tree Café, 4545 Alameda Blvd. NE, Albuquerque, cafeoaktree.com