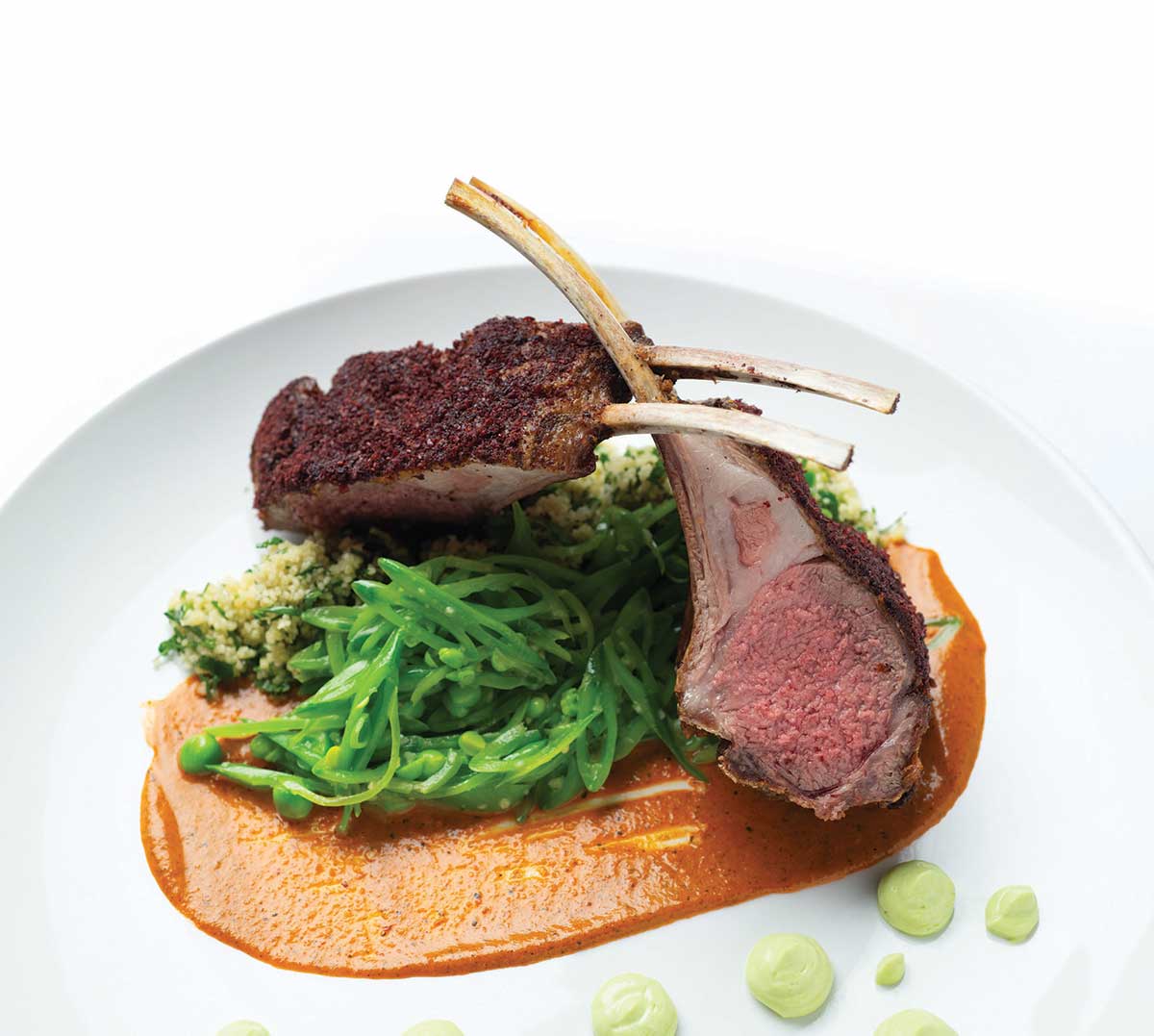 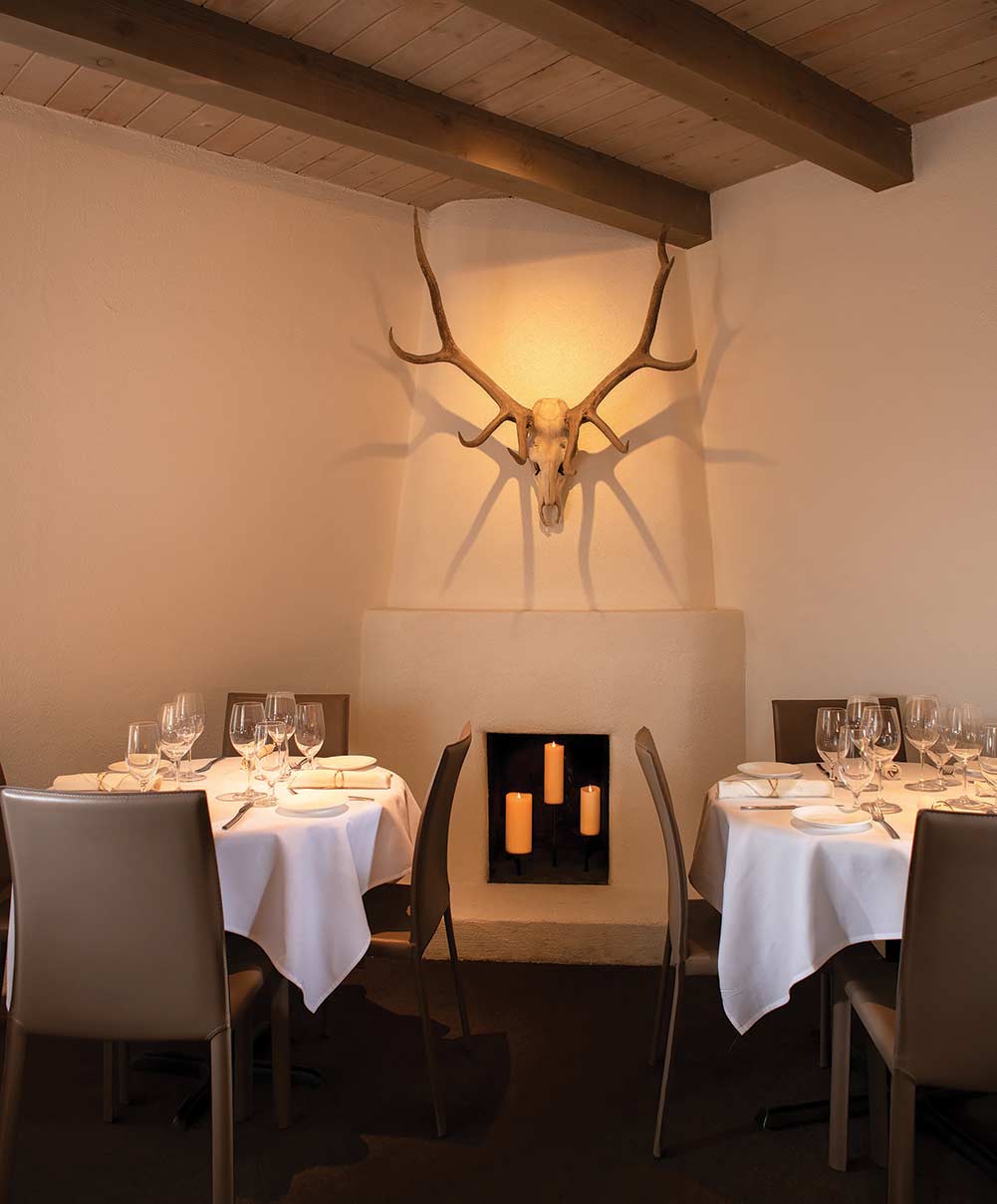 Nicole Quinn brought her design savvy to the restaurant while retaining its subtle elegance and neutral palette. 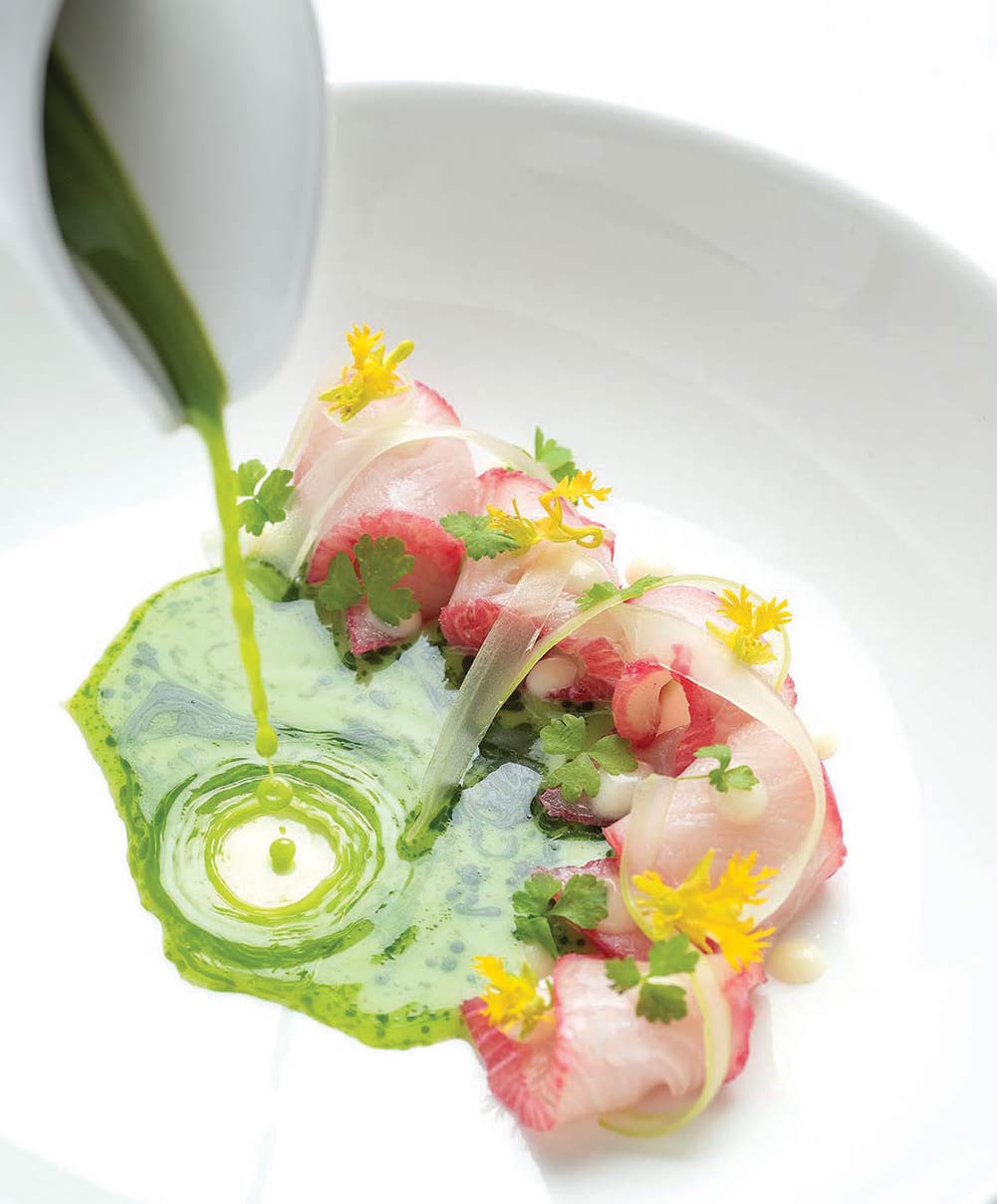 Santacafé prides itself on a menu of dishes punctuated with fresh local ingredients for the best dining and gastronomic experience.

SANTA FE’S CHARMING, historic Padre Gallegos House was built in the mid-1800s as the residence of José Manuel Gallegos, a defrocked priest and a controversial character in New Mexico’s history, and it’s been home to the city’s finest dining establishment, Santacafé, for nearly 40 years. Restaurateur Quinn Stephenson knew the history when he assumed ownership in 2019. What came as a surprise was that his grandfather, Donnan Stephenson, once had a law office in the building before he was appointed a state supreme court justice.

Quinn and his wife, Nicole, knew they had made the right decision, and the discovery only added to their respect for the history of the place. With that respect in mind, they set forth to make the restaurant their own while preserving its original integrity. “First and foremost, we kept the name Santacafé,” Quinn says, always intent on honoring the restaurant’s legacy. “We wanted to keep the refined atmosphere, to live up to our motto of ‘Santa Fe elegance.’”

While maintaining much of its elegant ambiance, the couple set about putting their own mark on the space, so for the past two years, they have been doing just that—while also running their other Santa Fe restaurant, the more casual Coyote Cafe. “Nicole brought her creative eye to the design,” Quinn says. The soft, neutral palette remains the same, but the addition of carefully curated art and accent pieces gives the decor an updated look. A live-edge wood top adds a warm, homey feel to the crisp white bar, and back-lit wall panels create a warm, inviting glow. In addition, they revamped the outdoor patio, which Quinn calls “the best in town.” The four indoor dining rooms include one where Quinn’s grandfather’s office used to be. “We refer to them as dining rooms four, three and two, and Donnan one,” Quinn says.

Popular starters include steamed mussels, Maine lobster rolls and scallop sashimi, and a few classic Santacafé items that Quinn kept and that will “continue to stay”—crispy calamari served with four chile lime sauce and tartar, and pork dumplings with ginger, napa cabbage and sesame tahini ponzu.

As to the restaurant’s success, he’s quick to praise both Nicole and Dale.

“Dale is a very talented young man, and his talent is matched by his work ethic,” Quinn says. “The restaurant is open seven days and seven nights and we can serve 500 guests a day, so he has a lot of responsibility.” As for Nicole, Quinn simply gushes: “Her smile and positive energy … she’s the face of the restaurant’s true, genuine hospitality.”

Overall, he says, “We are really proud of the direction the restaurant is going in, and we especially take pride in preserving the history of Santacafé.”